Over on FinalFantasy-XIII.net, they've got the skinny on the differences between the PS3 and 360 versions of the game. Square, speaking with Famitsu, said that they would be identical way back when but I don't think anyone really believed them.

So what are the differences?
For the video and audiophiles out there that's probably a make or break issue for the 360 version. For everyone else? I guess we'll see just how compressed it is.

Is this really a surprise? Did anyone not expect this? I know I didn't. 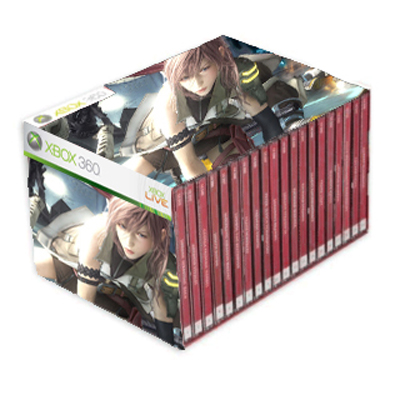 Oh and for anyone who cares, XIII missed a Famitsu perfect score by 1. So close.
Posted by DuncanR2N at 9:08 AM